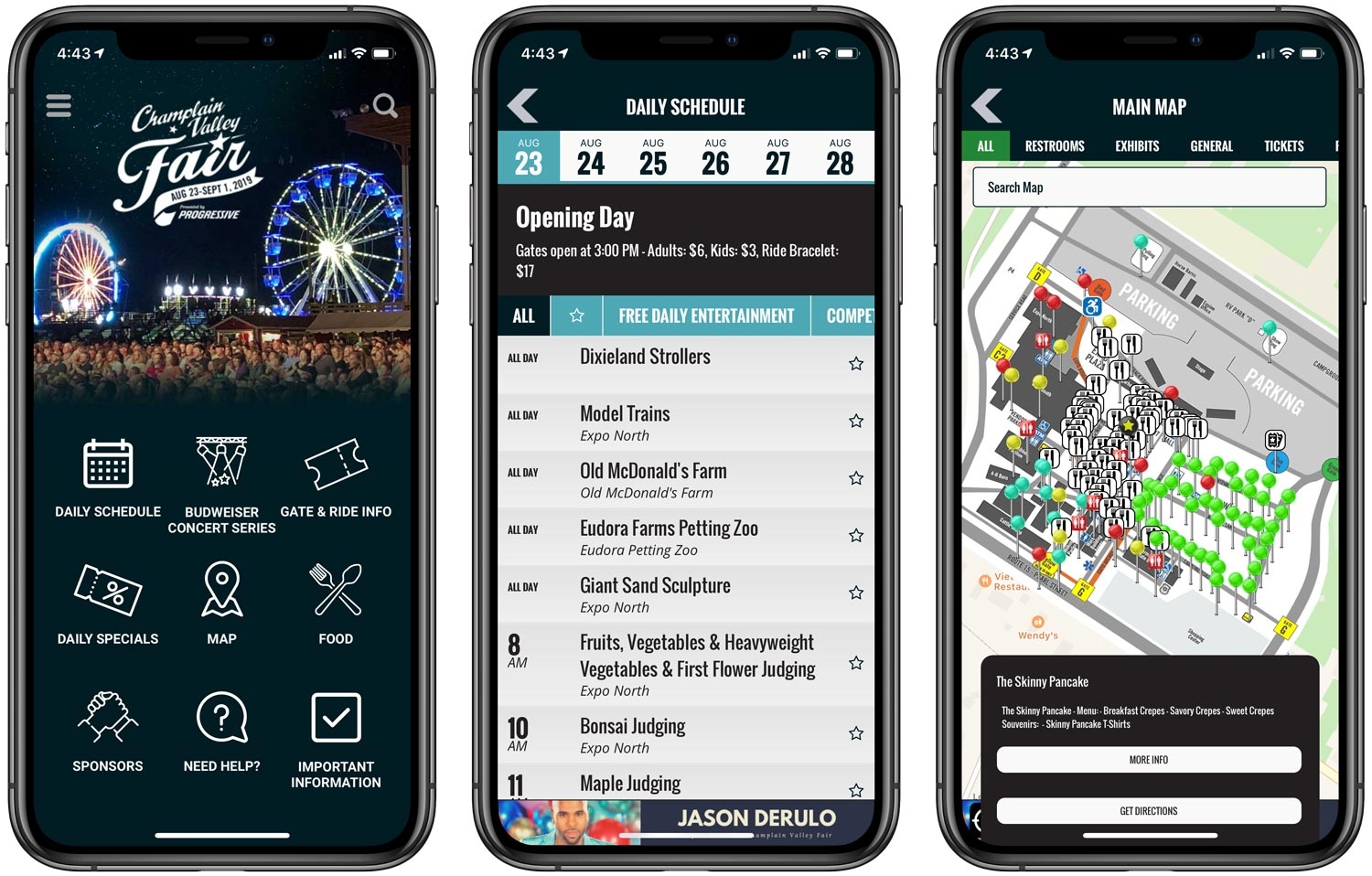 The Champlain Valley Fair is always one of the Northeast's most popular regional fairs, and 2019 saw the launch of a tool that made it even more popular. Champlain hired Grandstand to create an app for their 10-day fair, that features such major acts as Jason Derulo. The charge was to focus heavily on the things that take frustration out of the user's day, namely what events are going on around me, where can I find a specific food type, and how do I stay up-to-date on late-breaking changes to schedules or weather alerts.

Focusing on the beautiful and unique script logo, Grandstand built a home page that showed Champlain Valley at night with a heavy focus on Schedules, Food & Specials.

Schedule pages featured large and bold promotional day information, bringing attention to the specials going on that day throughout the fairgrounds. Just an app to test the waters in 2019, future versions of the app will likely integrate coupons and rewards to food vendors and give each of these vendors a way to create smaller time-sensitive deals. 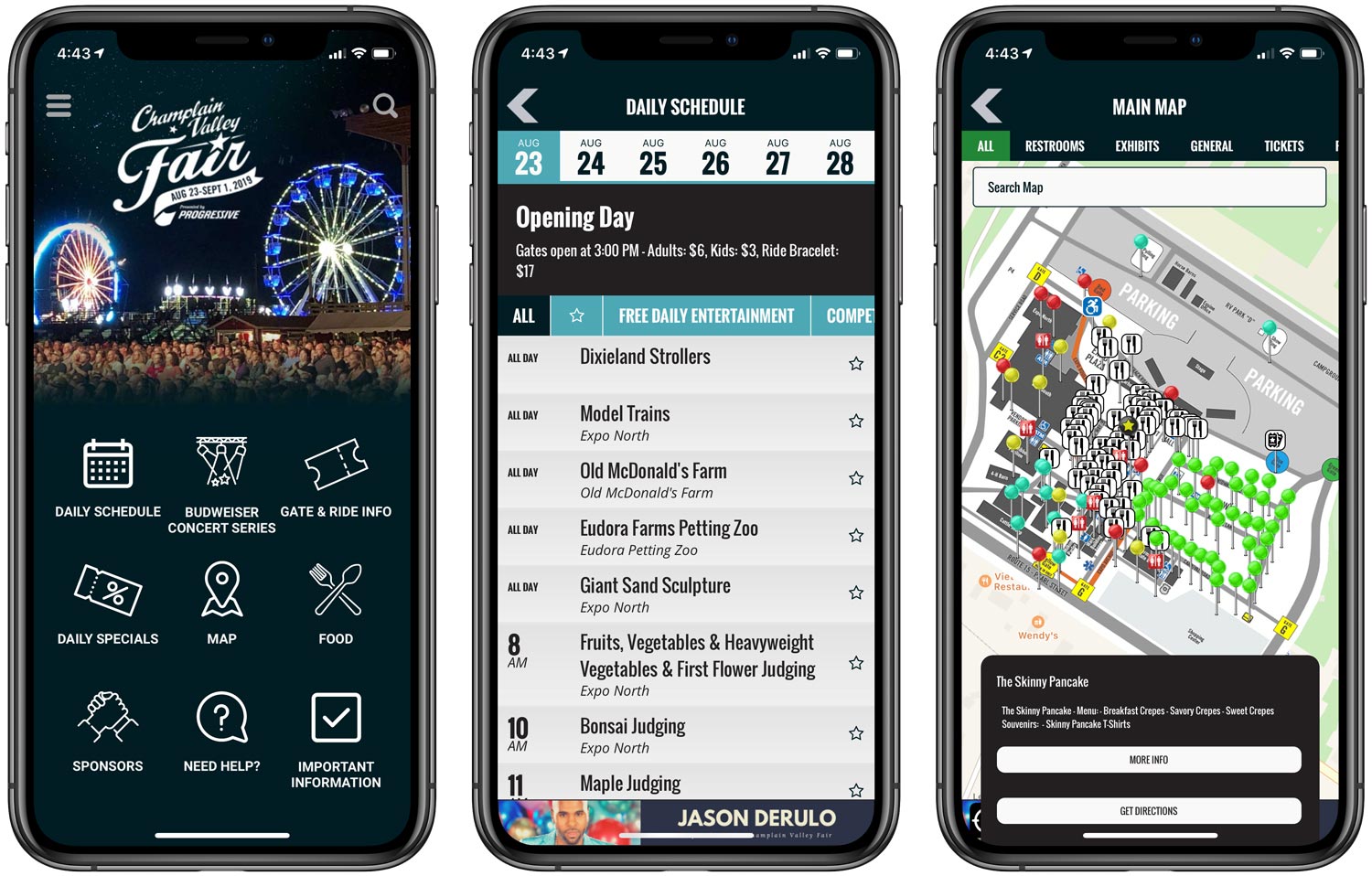 Because the fairgrounds are not shown on Google satellite imagery, Grandstand overlayed the native maps with Champlain's custom-designed map, giving users the power to see themselves interacting with a graphical map. Included in this map was heavy integration with Champlain's food vendors, enabling fair visitors to search for menu items by name (for example: Crepes, Funnel Cakes, etc.) right from the map.

Push notifications were also a major part of the 10-day event, including many that were scheduled days in advance taking one thing off the plate of fair staff during that week.

The conclusion of the 2019 event saw more than 50,000 app page views and nearly 2,000 favorited schedule items. Even more impressive were the 44,000+ map pin clicks as users navigated around the fair and searched out their favorite foods.

Jeff Bartley, Champlain's Marketing Lead, told Grandstand during the event that there is "great feedback thus from on the CVExpo app. I’m incredibly pleased with it and compliment you guys on an amazing backend. It’s even easier than Facebook!"

The 2020 app is underway now and they have even added a second app on Grandstand to give their event and expo center a year-round home.

The Champlain Valley Fair app is available in both the Apple App Store and Google Play store. As with all clients Grandstand produces a promotional website to help with marketing.